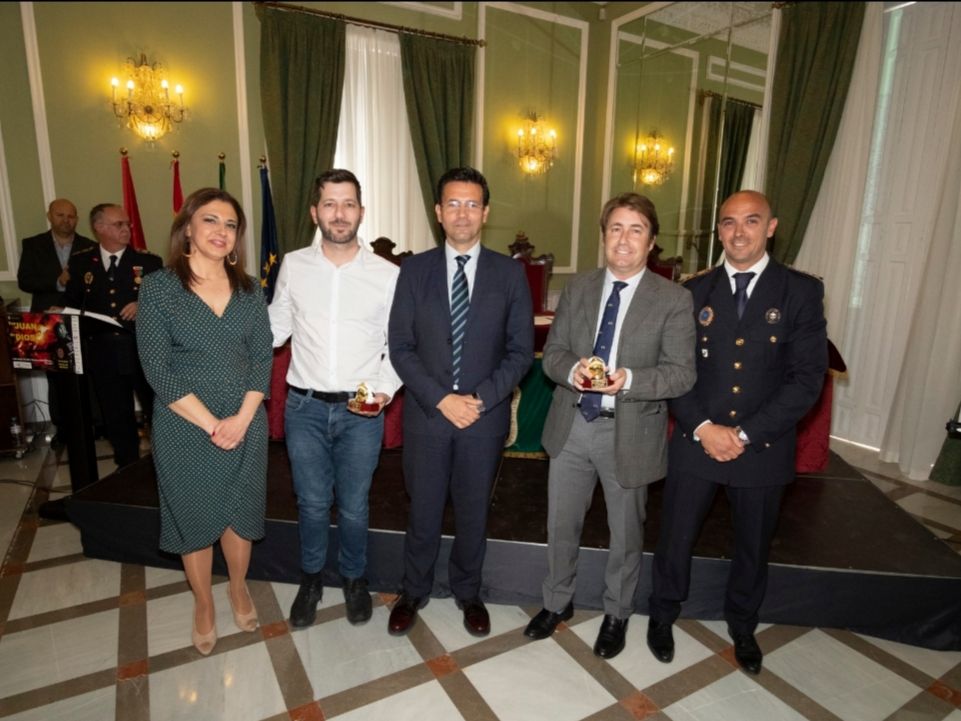 Last 8th of March the Fire Department from Granada celebrated new eleven additions to the department. The meeting was held at the City Council’s Auditorium that coincided with the firefighters’ patron saint: San Juan de Dios.

In this meeting, that was introduced by Granada’s Mayor, Francisco Cuenca with the company of the city councillors Baldomero Oliver and Raquel Ruz, was presented honours and grateful prize to retired firefighters and collaborating entity.

ESADA in association with the business incubator, Elefante Multicolor, were mentioned and deeply grateful for their work done with the students from the different design degree that the school offers.

This work is focused on the firefighters’ bicentennial that is going to be on 2021. For this event the student from 4th year of the Graphic Design Degree are developing a completely new website and different social media platforms to make known the firefighters’ daily work.

In addition, our student has been working previously in association with the Fire Department with project as the new signage design for the museum that they have inside their building or a monument for those who had perished in the line of duty.

From ESADA we would like to recognize to Elefante Multicolor and the Fire Brigade for this opportunity to work on a solidarity project like this one to spread the importance of this job.